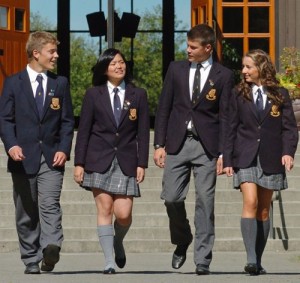 France or more accurately the South of France regularly tops the polls for the best place in the world in which to live for people seeking the ultimate lifestyle. Recently however, the region was named in another survey as the most sought-after location for those considering a move abroad, based on economic and political stability, climate, accessibility, tax regimes, health and education. The state education in France is much admired for its academic standards, discipline and baccalaureate exam system, and many house-hunters searching for exclusive real estate in France do so for access to its schools. But on the French Riviera, families looking for real estate in the South of France or a luxury home to buy in St Tropez quickly realise that there are also a number of excellent international schools, all of which are private and just on their doorstep as well.

Here is our guide to the top international schools available to parents searching for real estate in the South of France:
« Back
Contact us for assistance