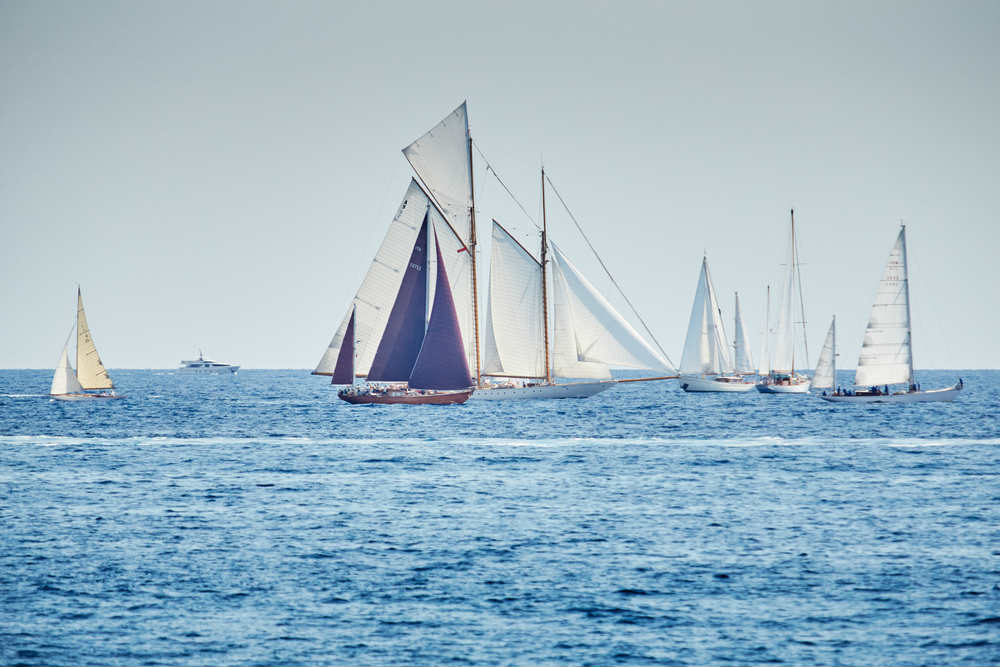 Monaco Classic Week begins on September 13th, bringing together one of the world’s largest fleets of boats from yesteryear, with classic sailing yachts, period motor-yachts, 12-foot dinghies and wooden-hulled motorboats.

Visitors can stroll along the southern quay of Port Hercules, immersed in Belle Époque ambiance, to admire vintage vessels all restored to their original grandeur. Villas for rent near Monaco enable one to fully absorb the glamorous surroundings of the Cote d’Azur while attending the festival.

Held by the Yacht Club de Monaco since 1994, this biennial event was initiated by the club to mark the first motorboat meetings of 1904 and recalls the international competitions launched by Prince Rainier III at the YCM’s founding in 1953.

Vessels moored at the YCM Marina will include more than 60 classic sailing boats, period motor yachts and 40 vintage motorboats. Among them will be the four surviving 15 Metre International Rating class vessels that are still sailing: Mariska, Hispania, The Lady Anne and the YCM’s flagship Tuiga.

One of the Grande Dames to grace the harbour will be the three-masted schooner Creole. Rated as the world’s largest wooden sailing yacht, this year marks her 90th anniversary. Considered a masterpiece by naval architect Charles Nicholson, the yacht was at the forefront of design and technology when she was built in 1927.

Maurizio Gucci purchased the Creole in 1983 and spared no expense in restoring her over a period of six years. Work began in the Italian Beconcini shipyard and moved to the Lürssen yard in Germany and was completed in the Astilleros yard in Mallorca. Designer Toto Russo helped refashion its interior, decorating the deckhouse in sumptuous style with artworks and pieces hand-carved from marble and ebony.

The Sylvia, a ketch also designed by Charles Nicholson, will make her first appearance in the Principality. Two years older than the Creole, it is the second largest vessel that Nicholson designed.

Another new entrant will be the 50-meter three-mast Trinakaria. Launched in 1927 as a Bulgarian training school yacht, its present owner converted her into an offshore cruiser.

As well as the regatta, the festival will also take place on shore, with ships’ crews taking part in a Chefs Competition on September 14th to prepare sublime dishes on board to present them on the quay for jury deliberation.

Parade of yachts and crew

In an Elegance Parade, to be held on September 16th, the sailing yachts will parade before a jury which will evaluate the vessels’ aesthetics, the elegance of crews’ attire and their deportment in regards to the rules of naval etiquette.

A walk back in time

A host of other activities will be organized around the YCM’s Clubhouse and the public can meet exhibitors. On display along the Quai Hirondelle and Quai Louis II, visitors can stroll by large photographs from the Palace archives, which will map the history of Monaco’s harbour in L’Évolution du Port de Monaco (1830-2017).

The French Riviera has much in addition to offer visitors, from fine restaurants to glamorous nightclubs and stylish accommodation, including the option to rent a luxury villa near Monaco and live in true Belle Époque style.

Find out more information about Monaco Classic week here.
« Back
Contact us for assistance